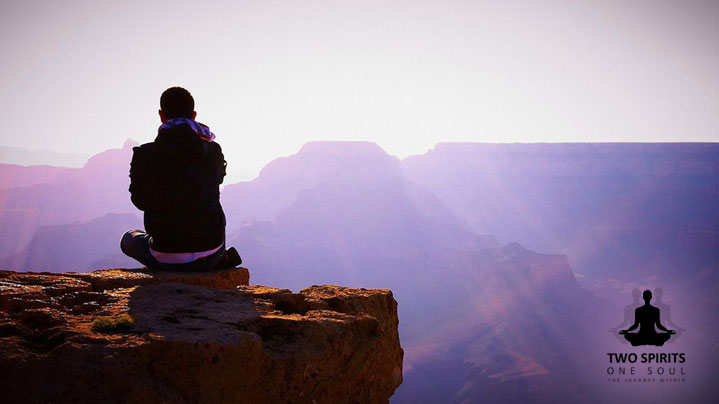 Awakening is a shift in consciousness in which thinking and awareness separate. For most people it is not an event but a process they undergo. Even those rare beings who experience a sudden, dramatic, and seemingly irreversible awakening will still go through a process in which the new state of consciousness gradually flows into and transforms everything they do and so becomes integrated into their lives.

Instead of being lost in your thinking, when you are awake you recognize yourself as the awareness behind it. Thinking then ceases to be a self-serving autonomous activity that takes possession of you and runs your life. Awareness takes over from thinking. Instead of being in charge of your life, thinking becomes the servant of awareness. Awareness is conscious connection with universal intelligence. Another word for it is Presence; consciousness without thought.

The initiation of the awakening process is an act of grace. You cannot make it happen nor can you prepare yourself for it or accumulate credits towards it. There isn’t a tidy sequence of logical steps that leads toward it, although the mind would love that. You don’t have to become worthy first. It may come to the sinner before it comes to the saint, but not necessarily.

There is nothing you can do about awakening. Whatever you do will be the ego trying to add awakening or enlightenment to itself as its most prized possession and thereby making itself more important and bigger. Instead of awakening, you add the concept of awakening to your mind, or the mental image of what an awakend or enlightened person is like, and then try to live up to that image. Living up to an image that you have of yourself or that other people have of you is inauthentic living – another unconscious role the ego plays.

Only the first awakening, the first glimpse of consciousness without thought, happens by grace, without any doing on your part. Once it has done so, it cannot be reversed, although it can be delayed by the ego.

For some, the awakening happens as they suddenly become aware of the kinds of thoughts they habitually think, especially persistent negative thoughts that they may have been identified with all of their lives. Suddenly there is an awareness that is aware of the thought but is not part of it.

Once you have had a glimpse of awareness or Presence, you know it firsthand. It is no longer just a concept in your mind. You can then make a conscious choice to be present rather than to indulge in useless thinking. You can invite Presence into your life, that is to say, make space. With the grace of awakening comes responsibility. You can either try to go on as if nothing happened, or you can see its significance and recognize the arising of awareness at the most important thing that can happen to you. Opening yourself to the emerging consciousness and bringing its light into this world then becomes the primary purpose in your life.

So while you are perhaps still waiting for something significant to happen in your life, you may not realize that the most significant thing that can happen to a human being has already happened within you: the beginning of the separation process of thinking and awareness.

Many people who are going through the early stages of the awakening process are no longer certain what their outer purpose is. What drives the world no longer drives them. Seeing the madness of our civilization so clearly, they may feel somewhat alienated from the culture around them. Some feel that they inhabit a no-man’s-land between two worlds. They are no longer run by the ego, yet the arising awareness has not yet become fully integrated into their lives. Inner and outer purpose have not merged.

Excerpt from:
A New Earth: Awakening to Your Life’s Purpose
by Eckhart Tolle