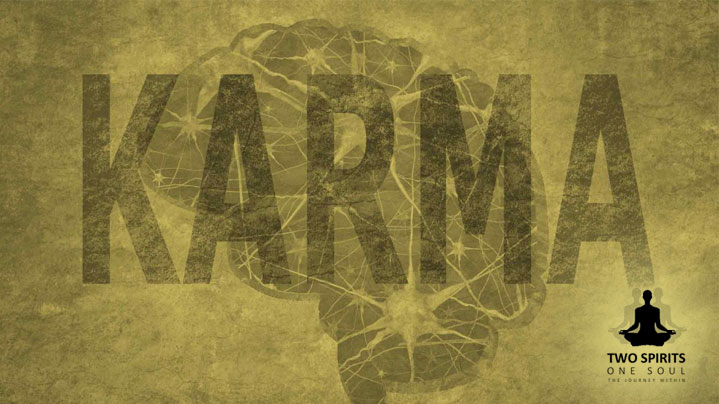 The law of karma says that every action causes a reaction. However, because of the complicated nature of the universe, it is impossible to predict what that reaction might be. It is like the Butterfly Effect, the scientific theory that when a butterfly flaps its wings the action can, in the end, influence the weather on the other side of the world.

Although we cannot predict the reactions of Karma, we can influence how Karma acts in our lives. Any action has a certain energetic vibration and karma will react with the same vibration. For this reason, it is important to understand the potential consequences of our actions so that we don’t invite negative reactions.

If our actions are harmonious, compassionate and loving, the karmic reaction will cause these kinds of energies to come back to us. However, if our actions cause harm, exploitation fear or hatred, we can expect karma to respond in kind.

Karma is often misunderstood as a kind of God who deals out punishment for misdeeds in this life or the next. This is completely untrue. Karma is not this personal. It is more of a state of nature like magnetism. Like attracts like. But like the butterfly effect, karma works on a huge scale. For this reason, giving away money will not necessarily result in receiving money, especially as it depends on the energy behind the gift. If money is offered for the selfish reason of desiring to receive, then the karmic energy being sent out is actually selfishness, and it is on that level that the karmic energy will return.

Our intentions and actions are not meaningless, but every single one influences the world in some way. This is important because it changes the way we do things. For example, if we want to bring peace to the world, we might think we need to argue our point and make others agree with us or even fight for what we believe in. The laws of karma suggest that actually if we want to see more peace in the world, the best way to bring this about is by acting peacefully ourselves.

The Twelve Laws of Karma can guide us to achieve the life that we desire.