03/14/2014 – Relief to 6 year drought in California 2017. Heavy rains and flooding: Pacific winter storms late 2016, early 2017. These storms will bring much needed relief to the drought-stricken regions in California. Many states across the U.S. will no longer be in drought.

Confirmed 01/24/2017 – Headlines: Two of Nation’s Worst Droughts See Significant Improvement. Southern California and parts of the South saw improvements in drought conditions this week… I’ll let the graphic speak for its self. 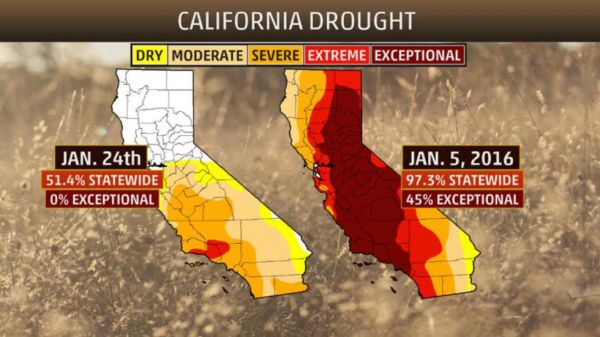 My soul honors your soul. I honor the place in you where the entire universe resides. I honor the light, love, truth, beauty and peace within you.
Because it is also within me. In sharing these things we are united. We are the same. We are one.