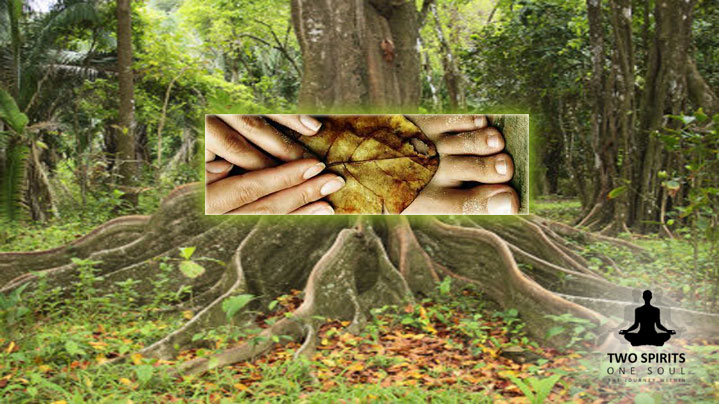 A hand chakra is located in the palm of the hands and a foot chakra is located in the arch of each foot. The chakras in the palms of the hand, relate to creating what you want in life, trust and control issues, healing yourself and others., while the foot chakras relate to your ability to connect with Planet Earth, to ground and receive earth energy. Depending on the "dominant" hand or foot, (the one you use most), one sends out energy and the other pulls it in. These are considered minor chakras. 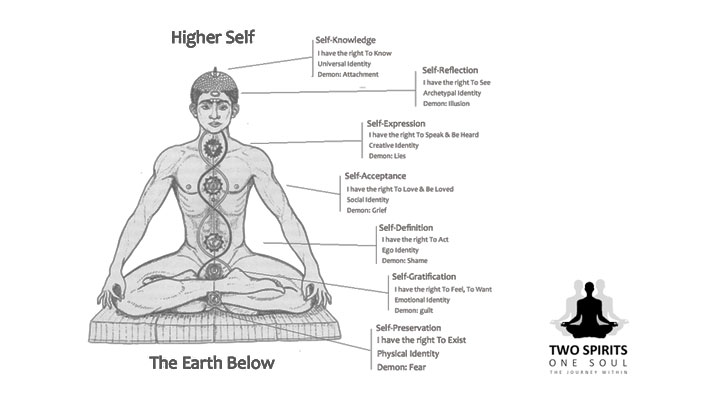 The chakra descriptions will give an understanding of the chakras and will teach how to enhance the connection to the mind, body and spirit. Chakras 1 through 3 relate to our mental perceptions of the physical world and astral world. Chakras 5 through 7 relate to activities and experiences in the physical world. Chakra 4 is the equalizer that connects the mind and body and is the place from which our soul emanates. Each chakra resonates to a specific sound and color vibration. 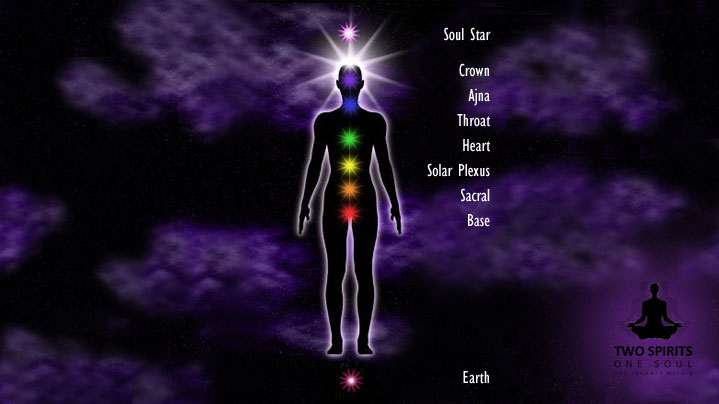