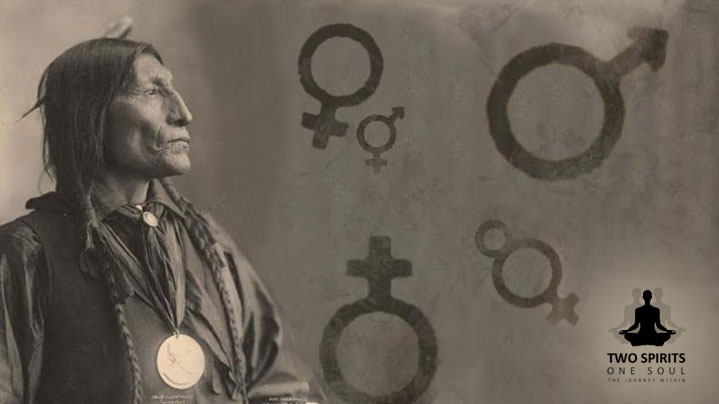 The Indian Country Today claims that the native communities recognized the following gender roles: male, female, Two Spirit male, Two Spirit female, and transgender. Of course, every tribe had their own therm. However, people had a need for a universal term that they could understand.

Since people needed universal terms, the Navajo referred to the different genders in the following way: These are some of the many terms the Native Americans used in their tribes. The name ‘’Two Spirit’’ is a universal term in the English language that is not always translatable. For example, there are some words that the Native Americans used that there is no adequate translation for them. Like, in the Iroquois Cherokee language. There is no possible way to translate this term. However, the Cherokee did have different gender terms for women who feel the need to act and feel like men or vice versa.

As many people believe, the Europeans worked tirelessly to cover up and completely destroy this ‘’Two Spirit’’ culture. According to an artist, George Catlin, it was crucial for the Europeans to completely eradicate this kind of behavior and avoid mentioning it in the history books. Why? Well, because it goes against every tradition the Christians and Europeans have fought to implement. Tradition is meant to be kept, not altered. However, according to Indian Country Today, the Christians were not the only ones who tried to bury this tradition. The Spanish Catholic monks also felt threatened by the gender-bending of the Native Americans. As a result, they tried to completely get rid of any Native beliefs, tradition, and history. In the end, the Native Americans were forced to act and dress the way their oppressors wanted them to. One of the most popular Two Spirits in the history of the Native Americans was a Lakota warrior who had the name ‘’ Finds them and kills them or Osh-Tisch ‘’. Osh-Tisch was a male who was married to a female. But, he loved female clothing and lived his life as a female. He was a powerful warrior who gained his reputation by saving a fellow tribesman during the deadly Battle of Rosebud Creek. He was a brave and fearless warrior. Here is a picture of the couple below. Osh-Tisch is on the left, and his wife is on the right.

The Native Americans valued people for their contributions to the tribe, rather than their femininity or masculinity. Children wore gender-neutral clothing and had no assigned gender roles from birth. In addition, people had no idea how should a person be or act towards the two main genders. They simply acted naturally without prejudice, hesitation, or judgment. There was no negative stigma to being a Two Spirit. Best of all, there was no violence, incidents, or retaliation towards anyone who was a Two Spirit. Instead, people simply chose their identity and gender. Furthermore, the Two Spirit people were respected and acknowledged individuals. They lived a normal life without any hatred. They were considered normal in the eyes of the tribesmen. In fact, they were a gift from The Creator.

What brought gender diversity and severe prejudice was the religious influence. Religious practitioners forced no alternative to people, except to follow what the religion tells them. So, they could live in either fear or in hiding. But, people who were Two Spirit couldn’t handle any of that, so some of them decided to end their lives instead.