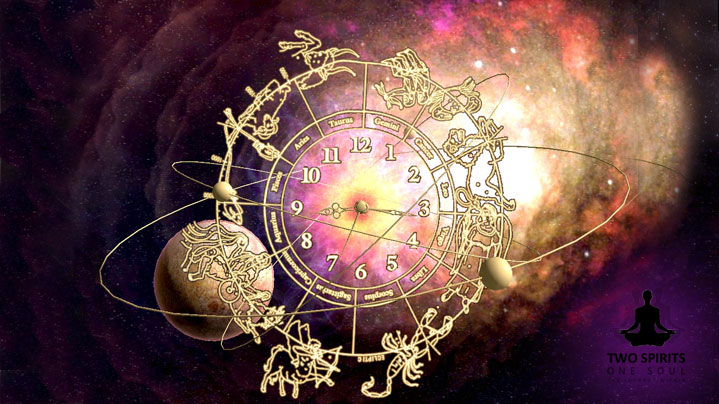 Posted by Two Spirits, One Soul
By Victor S. Popaliciu

Many people are not interested in learning how the universe works, and dismiss all spiritual knowledge, saying ~ life is clear and stable, I know where I am and there is no invisible force that guides my life or my destiny. They are all wrong because inside our bodies, are atoms, billions of atoms which are moving with incredible speeds. We all travel with our earth through the universe with a cosmic speed, and for sure there is at least one invisible force that guides all life in the universe, and is in connection with the billions of atoms within ~ the Force of Gravity.

Our Universe is expanding each day, hour, minute and second with an acceleration that started 13.7 billions of years ago. In this universe in motion, immense cosmic energies are everywhere, and our galaxy ~ the milky way, is also rotating with cosmic speed. Our galaxy has 200 billion stars, planets, nebulas, moons and maybe many more that science will tell us about soon. In this wonderful movement of planets and stars, our solar system is rotating around the center of our galaxy with a speed of 217 kilometers each second and every 225-250 million years our solar system makes a complete rotation around the Galactic Center.

The earth is rotating around the sun at the rate of 30km/second, and around its axis with 460 meters /seconds. These perfect cosmic movements generate GRAVITY, and many mystical forces; and all people can walk the earth safely because gravity is keeping our atoms from falling from our planet, and our solar system from falling from our galaxy, and so on. Our universe is working like a mechanism of a perfect watch, and Gravity is what keeps this mechanism together. Ancient Wisdom is telling us that the billions of atoms that compose our body are kept together by the rotations of our inner galaxies called the chakras. We know that gravity, an immense invisible force, is all around us connecting our atoms with the universe. The energy travels across the universe in channels guided by gravity. Ancient Wisdom also says that in our bodies are 12 energy meridians over which energy is traveling across our inner universe.

The Genius Albert Einstein was the first to prove that gravity bends light. When a ray of light meets a gravity field it changes its course. We can see the light of many stars and this is possible because this light is reaching our eyes after thousands of light years of travel, and after all the ricochets from different gravity fields from our galaxy. This is an incredible fact because these lights from the billions of stars above, and our sun, are like many rivers which are guided to reach the fields and irrigate the plants from the position of different rocks or barges which change the course of the river.

In our cosmic time the rivers of light which are coming from the universe are now changing because of the Galactic Alignment.

The Galactic Alignment is a cosmic phenomenon which takes place every 25,920 years when, during the winter solstice, our Sun is aligned with our galactic equator ~ our center of the galaxy. Over 25,000 years must pass so that our sun will be near the center of the galaxy, and then for our sun to perfectly align with the center of our galaxy 36 years are needed. Our sun entered the final phase of the alignment in 1980 and will finish this phase in 2016. This is a great significant cosmic phenomenon for mankind.

December 21, 2012 was the beginning of a new cycle for the Mayan Civilization. If we go back in time 26,000 years when this galactic alignment last happened, we find a Transformation of Mankind. Paleontologists have discovered at Lagar Velho, in the middle of Portugal, a tomb in which lies the remains of a man who died around 25,000 years ago. Science has proven beyond any doubt that this man was a symbiot between the Homo Sapiens and the Neanderthal man. 50,000 years ago in our Homo Sapiens brains, there emerged a big bang of brain evolution, which is a mysterious scientific fact and it will be the subject of a future article. Science and Ancient Wisdom, Legends and Myths tell us that in the years of the Galactic Alignment, Epic Tranformations took place all over the earth. December 21, 2012 is the date marked by the Mayans as the beginning of our transformation. Since 1980, guided by gravity, we have received a special energy, and billions of particles from the center of our galaxy. In the times of Acceleration of the Universe, Our transformation has begun ~ it started on December 21, 2012 ~ and in the following years this transformation will be visible all around the earth. Our generation has the cosmic opportunity to harvest this energy and fulfill another step of evolution.