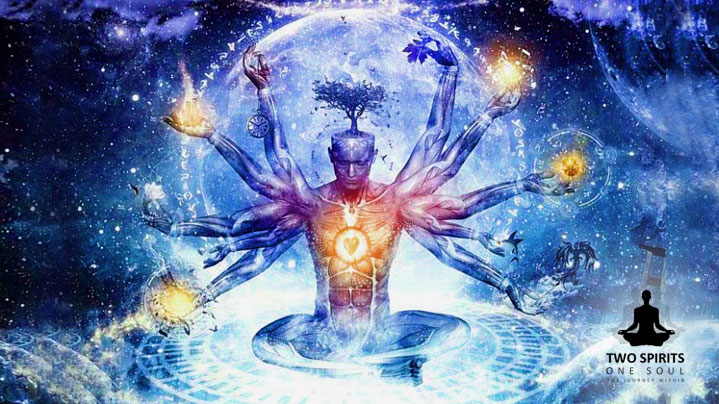 Something miraculous is happening. The invisible is becoming visible. Human consciousness is taking a quantum leap into territory previously unknown, as what began with just a few saints, sages, gurus, and a Saviour is awakening in the hearts and minds of millions around the globe.
advertisement.

Human evolution is undergoing a shift so profound; the proof can be seen with the naked eye. This shift is causing millennia-old beliefs and social structures to be scrutinized like never before — perhaps for the very first time.

Even world-renowned physicist Dr. Stephen Hawking ditched his prior position in his book The Grand Design, arguing that “belief in a creator was not incompatible with science” and that the Big Bang was as inevitable as gravity.

As science moves closer toward solving the Unifying Theory of Everything, will Dr. Hawking change his mind one more time?

What is presently emerging out of a weary world filled with very little practical value is a new and quantifiable reality being built by those already embodying a more expansive understanding of who we are and why we are here.

Most of us without a doubt have begun to ask questions — perhaps for the first time in our lives. Whether you view current events as the end of the world or a new Golden Age is entirely dependent on whether you are bound by separation consciousness or have expanded beyond it into something new.

What is currently crumbling around us is the fruit of humanity’s misguided labor along with a planet stressed by an outdated and unsustainable human belief system. Most human suffering is self-created and derived out of inherent ignorance and limitation found in separation consciousness.

Separation is not Real

Just as its definition implies, a veil obfuscates a sun hidden by clouds, yet the sun remains ever present. Until recently only a small number of people have transcended separation consciousness for humanity’s next stage of evolution, unity consciousness.

Whether you/we destroy ourselves is dependent on y/our ability to make the evolutionary leap from separation to unity consciousness where human suffering ends. This is both the warning and reward contained within a universal prophecy spanning many cultures in various forms. The prophecy lends itself to both the physical and metaphysical planes of our lives.

With media focus on humankind’s struggle to emerge out of our collective cocoon of separation, we may be left blind to the miracle that is taking place right under our noses. The biggest story of the millennium is the reality that millions are waking up to the realization that all life is irrevocably interconnected as the One — it always was. Most of humanity was still too unevolved to “get it” until now.

The Veil is Lifting

What unifies us and all of Creation is contained within the very air that we breathe. The all-pervasive answer to the riddle of the mystery of Life is hidden within the question, enigmatically lingering within reach. It is both the tangible and intangible aspects of our world as the scientific and unscientific.

Call it by any name you wish and you’ll find it there. The secret key that unlocks the end of human suffering is contained within you as your desire to know. Have you discovered it yet?

If you believe in a higher power or organizing force — and even if you don’t — when you awaken, you will be struck with the realization that the power that fuels and binds all of the Universe is not an outside intelligence.

What not even famous cosmologist Dr. Stephen Hawking, biologist and atheist Richard Dawkins, or even Pope Francis have yet grasped (publicly) is that the creative power that unifies us is Creation itself. There is no separation.

Creation was not a singular event, but by self-definition, will continue into perpetuity. What is so shocking is that this means that science and religion are not in opposition of one another, but are simply left- and right-brain interpretations of the One.

Our quest for knowledge of the One is the quest for reunion with and as the One. Joining hands in a way that has been all but forgotten, darkness turns to light. Fear becomes love. Competition changes to cooperation so that lack becomes abundance. Unworthiness becomes value ending racism, genocide, and slavery. Our planet is restored to good health.

Personal peace and of Peace on Earth depend on a new, more evolved understanding of God.

~ Excerpts from What Is God? Rolling Back the Veil and Awakening Leadership: Be the Leader You Were Born to Be for Millennials and TransGenerationals (Generations Y & Z) by Christine Horner.