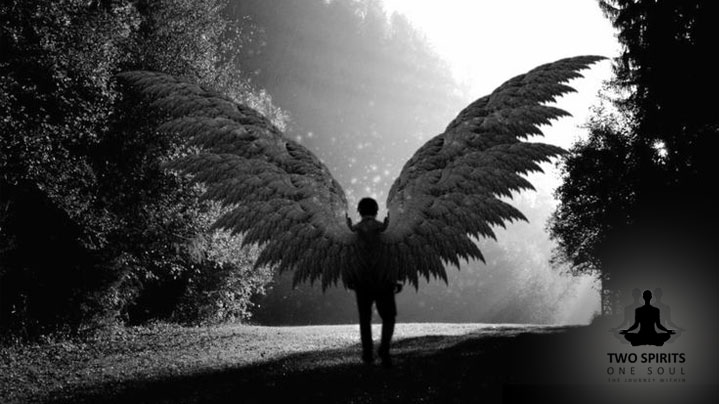 You might know these types of people by a couple different names – either lightworkers, earth angels, or something similar, Maybe you even feel like one of these special people yourself. Lightworkers literally have come here to spread and share their light as much as possible, and bring about positive change to this planet. They have no patience for hate, intolerance, violence, or oppression; these types just want everyone to live in harmony and move on from our current problems on Earth.

Lightworkers don’t resonate with much in the modern world; often, they feel like old souls who have come here once again to restore and renew the planet. They relate to the way the world worked when we lived off the land, in harmony with each other, the animals, and nature. While they know that we probably won’t ever go back to that way of living, earth angels simply want us to live in peace with our world now. They want abundance, laughter, happiness, and joy for all, and are some of the most selfless people you will ever meet.

Earth angels want to align with pure, loving energy, and by doing so, help others to find their highest self in this lifetime. They want to transcend the problems and heartache, and live in true harmony with the Divine. They have good intentions for themselves and the planet, but often get frustrated with our current state of affairs.
If you feel like you might be an earth angel, but aren’t sure, read on to bring more clarity into your role on this planet.

Earth angels have obviously come here for a grand purpose, but saving the planet comes at a hefty cost. Sometimes, the Earth angel will feel overwhelmed by all the problems in the world, and feel as though they can’t ever come close to making a difference. The Earth angel can get quite frustrated and tired of things on this Earth, and feel desperate for change. They don’t enjoy being around big crowds and loud people, as the conflicting energy can make them frazzled and anxious.

Earth angels also have high sensitivity to violence, hatred, and basically anything portrayed as negative by the media and news outlets. They tend to hide away in the comfort of their rooms much of the time, as a way to protect themselves from the hectic, overstimulating outside world.

The lightworker, or Earth angel, loves spending time in solitude to recharge and rebalance their energies. Like we said in the first paragraph – these types of people get overwhelmed frequently by the world today, and use their time alone to heal and prepare themselves for the next encounter with the outside world. They enjoy really digging deep into their psyche and healing parts of themselves that have been broken. Earth angels know that in order to change the world, they must change themselves, and work tirelessly to become the best version of themselves.

3. YOU CARE DEEPLY FOR OTHERS.

Do you feel empathetic towards others, and want to help them through their problems? If so, you could be an Earth angel. These people would drop everything to help someone in need, as they have suffered themselves and don’t want to see anyone else hurting. Lightworkers feel deeply connected to their fellow humans, and just want to provide solace to anyone who needs it. Earth angels understand how difficult and scary the world can seem at times, as we live in uncertainty almost constantly. Who knows what tomorrow may bring, but lightworkers know that they can make positive change today.

They live in the now, and want to make as much positive change for others as possible. Earth angels can relate to other people’s struggles, as they have likely been there before.

4. YOU FEEL CALLED TO A PARTICULAR PURPOSE.

You don’t relate to worldly desires and the structured path. You don’t like the programmed, conditioned society we live in, and have never felt compelled to follow in other people’s footsteps. You want to make your own mark and live by your own rules, and don’t like people telling you what to do. You feel called to do something more than what people consider “normal,” and couldn’t dream of living life being unfulfilled. Earth angels may feel a strong pull to do something in the field of humanitarianism, such as being a social worker, counselor, acupuncturist, or massage therapist. They see themselves as healers, and want jobs in fields where they can live out their passions.
You may even want to start your own business so you can free yourself of the structure and routine that comes along with having a normal job.

5. YOU HAVE A STRONG INTUITION.

You probably don’t live life through the lens of logic, instead choosing to make decisions based on your emotions and intuition. Earth angels feel more deeply than others, and don’t really resonate with our extremely right-brained way of living in today’s society. You connect with things that appeal to emotions, such as art, music, sharing stories, and connecting with others in a meaningful way. You allow your intuition to guide you in life, helping you to figure out each new step you take.
Earth angels trust that inner voice telling them what to do, as they know that the messages they receive have come from the Divine. They trust the universe to bring positive things and people into their lives, and know that intuition is the medium by which it speaks to them. They call on their spirit guides and angels for frequent assistance, and probably follow some sort of spiritual practice.

6. YOU REJECT MOST “MODERN IDEALS.”

Most lightworkers and Earth angels can’t understand the world today. Why do we spend so much time working jobs we hate to afford things we don’t need? Why do jobs exist in the first place? Why do we continue to pollute our home and treat it like garbage, when it’s the only place we have to live? Why do we consume so much and give so little? Why do we have wars and racism? Why haven’t we evolved into a more civilized society? These questions run through the minds of lightworkers and Earth angels everywhere, and in turn, they reject modern society based on the answers they receive. Many people call them hippies, but they just see caring for the planet and each other as normal, necessary parts of life.

Earth angels have realized that we cannot continue to live in a state of separation and isolation from one another; we absolutely need each other to survive. Earth angels just hope that we as a collective can come together and rejoice in the ultimate truth – that of our right to love, happiness, freedom, and abundance. We have enough on this Earth for everyone to live happily and fully, but our own consciousness inhibits us from living this truth. Earth angels focus on spreading ancient wisdom in hopes of waking up people to our connectedness.

Earth angels spend a lot of time in nature, where they feel most comfortable and at home with themselves. They value nature and anything of the natural world, and steer clear of materialism, greed, corporations, voting, and anything that promotes separation and division.

If these signs resonated with you, then you are probably a lightworker yourself. It’s a tough path, but very rewarding in the end. Whenever you feel frustrated and lost, simply remember your purpose, and remember that you didn’t come here to shrink down into what someone else wants you to become. You came here to shine brightly, and make an impact on this world.