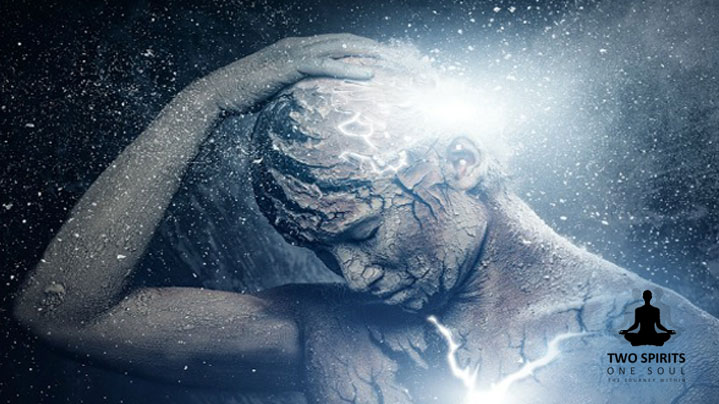 Despite its elusive quality, being intuitive is a very desirable and attractive skill.

In fact, Steve Jobs called it “more powerful than intellect” in the business world.

Intuition is hard to put your finger on, it’s mostly described as some sort of feeling, or gut instinct. At the same time, it is also used as a criterion for the popular Myers-Briggs classification of personality.

So how do we know if we have the mysterious quality of intuition? Most people do, recalling moments they have ‘just known’ something without pinpointing how or why. Perhaps when they met the love of their life, or moved cities, or took a certain job. But, some lucky people are certainly more intuitive than others, and here is how you can tell.

1. They listen to their inner voice and act upon its advice

The most distinctive feature of an intuitive person is that they listen to the voice in their head, which often defies logic or reason, and take the advice. These people will travel the unbeaten path on a hunch rather than follow a map, and as a result, find an unexpected treasure. These people are the sort to change plans at the last minute because something doesn’t ‘feel right’ and often see better results – much to onlookers’ surprise.

2. They see both sides of an argument

Initiatives like to weigh up all the information available before going with what feels right. This is what separates intuition from a whim. It is not without thought, and for this reason, intuitive people are happy to play devil’s advocate, and often debate from both sides. By finding flaws in differing approaches, they can assess which seems right to them.

3. They are suspicious of authorities and experts

Intuitive people don’t think that a certificate or CV makes you more qualified to make decisions. They want to see skills making in action, not anecdotes, and as a result, they base judgement on what they can see, rather than someone’s track record.

4. They don’t mind being alone

People who are happy to be alone with their thoughts are often the intuitive type. They like the space to weigh up what they’ve learnt and find comfort in the silence and space. Solitude is often used for people to tap into their intuition and assess how they really feel.

5. They pay attention to their dreams

Intuitive types celebrate the importance of the subconscious and as a result, take their dreams very seriously. They often write down their dreams and use them as a source of analysis for their conscious mind the next day.

6. They have unusual interests and hobbies

People who follow their intuition are often drawn towards obscure and niche hobbies. They are far more likely to find things that aren’t mainstream interesting, as it taps into their individual desires. As they often take more time thinking over theories they are often involved in online discussions and conspiracy theories.

Intuitive people are more likely to be able to play carefree, like their natural childhood state. They realize that negative emotions can cloud intuition and block our natural propensity for happiness and abundance.

The chances are you recognize at least some of these traits, and if so, great, it’s now time to work on them. To make the most effective decisions in life, listen to your intuition but also throw in a bit of logic at the same time. There is a difference between being reckless and intuitive and you shouldn’t throw yourself into situations on a whim without proper thought. That being said, some of the wisest advice remains that ‘it’s better to regret doing something than regret doing nothing at all.’